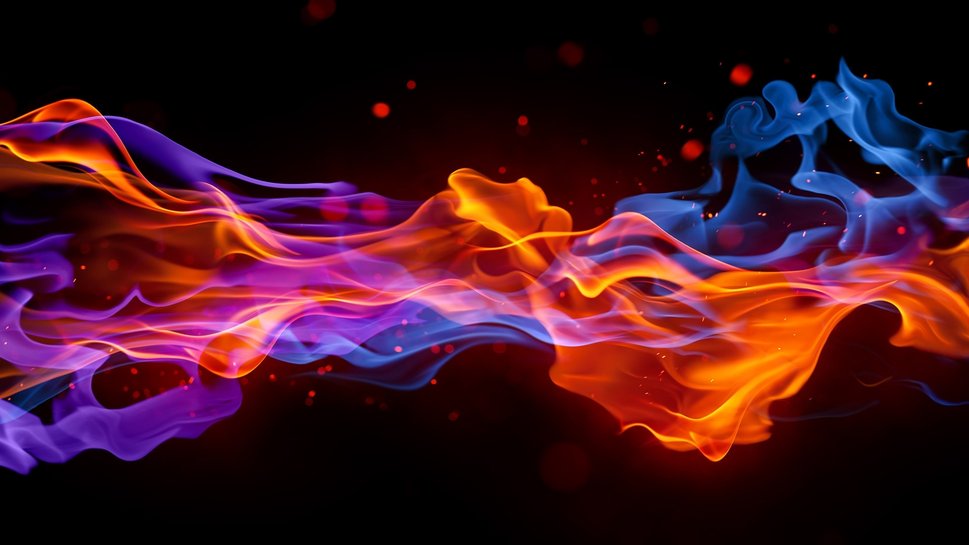 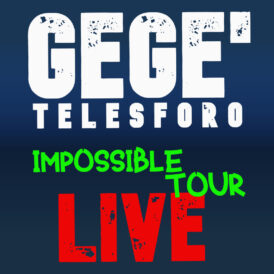 Music producer, journalist, television and radio personality Gegè Telesforo is a  GOODWILL AMBASSADOR UNICEF , who has currently gathered a collected of talented musicisians from around the world to spread through music the universal idea of Love and Sharing.  (“Let The Children” is currently UNICEF song dedicated to children).

FunSlowRide, that’s the name of the International Collective of Music Travellers, has at its center the idea of Love and Unity, and brings some of the most international talented musicias as Ben and Leo Sidran, Alan Hampton, Sachal Vasandani, Joanna Teters, Moses Patrou and Joy Dragland from around the world into a common chorus while at the same time delivering a very personal message. 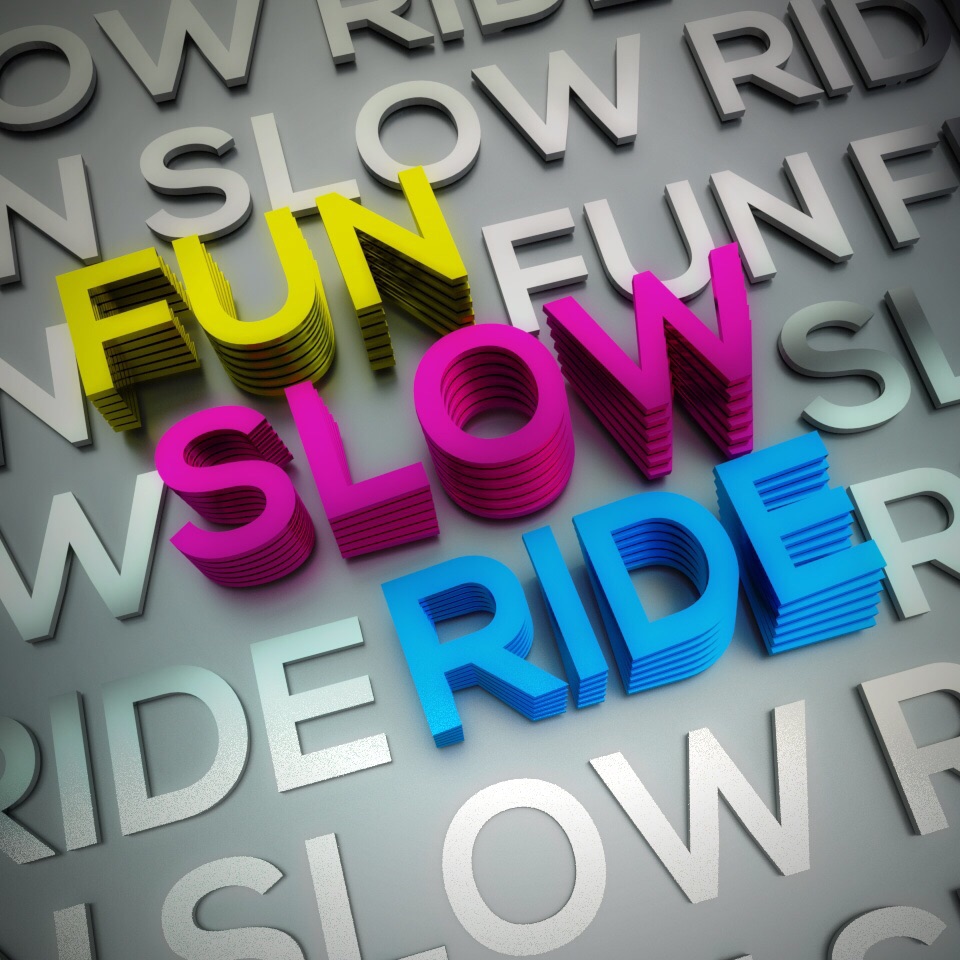 In the first song, “The Green Doctor“, the vocalist Joanna Teters sings “Take a Fun Slow Ride” and sets the tone of this record which deals with important topics – such as the legacy we will leave our children – in a light-hearted and pleasant way, using the theme of a leisurely and enjoyable ride that accompanies the listener throughout the album.

There are over 20 of the best musicians and singers of the new generation involved in the creation of a visual record which is difficult to label: you only have to close your eyes in order to see the music and the lyrics come to life. Lyrics which are carefully crafted and which are able to deal with important and universal themes with an incredible lightness. A collective work which brings together different voices allowing them to sing and speak at the same time, as if they were only one voice. It is an admission of the responsibility we all have as human beings, that of leaving an important legacy for future generations. The environment, ethics, responsibilities, a parent’s love for their child, love between two human beings. Above all though, the love of music, which is the element that, above all others, forces us to explore our spirituality and permits us to affirm our identity, whilst remaining respectful and tolerant of others.

The extraordinary visual artist Felice Limosani (“Fragments” Art Basel-Miami, “Magnificent” Palazzo Vecchio-Florence; “Resort” Louvre-Paris) enriches the production with his 3D artwork and the original video clip for the single “Next”. The production is also enhanced by the video clip for “Let the Children” by the young director Simone Calcagni, in collaboration with UNICEF.

Gegé Telesforo is currently experiencing a particularly happy period in his career.

Winning the Jazzit Award 2010/2011/2012/2013/2014/2015/2016 as Best Male Vocalist, crowns an important moment marked by the release of successful CDs such as “SO COOL” (GrooveMasterEdition/EGEA 2010) “NU JOY” (COLUMBIA RECORDS /SONY MUSIC 2012), “FUN SLOW RIDE” (SAM Records/EGEA 2016), and an incredible number of prestigious concerts, including his appearance at The Shanghai World Expo Exhibition for “The Best of Italian Jazz in Shangai” with his quintet, representing Italian art and culture on the world billboard with Stefano Bollani, Danilo Rea, Paolo Fresu, Roberto Gatto, ….

GeGè’s artistic endeavors began 35 years ago as drummer and jazz singer, when his incredible talent was discovered by the Italian media celebrity Renzo Arbore. Over the years, he has developed his own personal style of “scat” singing, renewing a particular form of vocal improvisation almost forgotten abroad and which has never existed in Italy.

Back in Italy, with leading bands such as PureFunkLive, Groovinators, So Cool 5tet, GeGè Telesforo has focused his musical evolution on his original jazz- funk vocal style, in which jazz elements come together with his terrific scat improvisations to form a rigorous and unmistakable rhythm dominated by groove.

He has produced several albums for his indipendent label -Groove Master Edition- and recorded 11 albums as an Artist and Composer.

Since their release on November 2012, “Nu Joy” and the hit single “Last Goodbye” have reached n.1 in both the iTunes album and single Jazz Charts-Italy.

As a teacher of singing and vocal improvisation, GeGè brings his “Vocal Jazz Concept” to prestigious music schools, Conservatories, and Jazz Festivals in Italy and abroad.

Since September 2012, GeGè has been teaching Vocal Jazz and Improvisation at the Venice Voice Academy in Los Angeles (California-USA).

“When I first heard Gegè on The International Doc Club, the television show he hosted in Rome, I said to myself, ‘Self, this is one bad motorcycle!’ That opinion has not changed, nor will it ever. Gegè is bad. He’s good too, of course, but he’s better than good. He’s BAD! When you hear him, you know you’re listening to a soul that’s on the inside singing out, not on the outside looking in. This ain’t no cat trying to git it”.

“Gegè Telesforo, as Jon Hendricks has pointed out, is Italy’s foremost jazz

singer. He has hosted national radio and television programs for many years,

and is a media celebrity who represents the best of the living jazz tradition. For several years, he was the host of television and radio programs that showcased the best international musical talent. He performed with or interviewed such stars as Dizzy Gillespie, Deedee Bridgewater, Betty Carter, Miles Davis, James Brown and Jimmy Smith…… His recordings on Go Jazz have featured his scat-singing with such jazz masters as Clark Terry, Jon Hendricks, Bob Berg,  and Bob Malach. But what makes him truly special is that he is both a bebopper and a bluesman. He is Touring continuously, both in Italy and around the world leading his own bands, a hard-driving collection of talented musicians who can swing and groove as hard as any group in the world”…..

….“In order to be a great jazz improviser, you must be a great composer, because jazz improvisation is nothing less than instant composition.  In order to be a great jazzman, you must also have your own sound, your voice, that is unique to you and unlike anyone else.  By these measures, Gege Telesforo is both a great jazzman and a great composer.  His compositions have the same free swing and melodic innovation that one hears in his brilliant scat solos and his voice is both melodically and rhythmically his own.  I have been inspired many times by this voice to match words to his melodies and to tell stories that are driven by his fantastic sense of rhythm and his deep sense of brotherhood.  His message is our message, and in his hands, the bridge between jazz and funk is complete and we are free to explore the worlds of modern groove and swing.  Writing songs with Gege has been one of the great pleasures of my musical experience.”

“Gege’ Telesforo is the finest vocalist in today’s jazz world. His scat technique is impeccable and his creativity shines in both his concert performances and his brilliant “Vocal Jazz Concept” master-classes.

Gege’ brings his extraordinary spirit, energy and a deep knowledge of the human scat voice and the physiology behind it to his work. What impresses me most is that he takes a personal interest in everyone with whom he works. Surely Gege’s artistry combined with his professionalism is a positive influence on his students and fellow musicians, who can benefit from working with such a gifted gentleman and rare performer.

I am so grateful for all of the growth and learning that I have experienced because of Gege’ Telesforo. I’ve had the honor and pleasure of working with him through the organization of vocal master-classes throughout Italy and abroad. My teaching career has expanded in a way I did not know was possible and I look forward to continuing this professional partnership for years to come. Gege’ puts his heart and soul into his profession. Among his other great attributes, it’s his sincerity and work ethic that keeps bringing me back to him.

Gege’ will surely continue his legacy of being an incredible role model for male and female jazz musicians/singers all over the world.

We are now pleased and keen to introduce you to a music and digital art video call NEXT, as an example of hybridization between different and complementary languages. The video is a visual project by Felice Limosani (1966) artist and multidisciplinary creative.

Felice Limosani explains the video “Next” as follows:

“I did not want to follow in a didactic text. I preferred to imagine how surreal stream but poetic, mild, powerful in its simplicity. A male figure and the other female, by smiling and positive trait. Suspended between stars and bubbles to which every child could feel close with the imagination to fly, dance, move closer to each other in the gesture of a caress”. The video runs faster, attention to details in digital 3D animation pop style. The dream world in which the two characters act consists of soft items such as pillows, objects flying light as balloons, flowers that open, bringing a message of hope and openness to the other.
“Let the Children” – FunSlowRide & GeGéTelesforo for UNICEF